So I was sorting through my models stashed away in boxes around the house - to take some decent pics now I've got a swish little digital camera (seeing as my old digital camera was from about the 1800's!!!)
Thought I'd try a blog post of just some character sculpting/modelmaking work I've done for the world to peruse.

I didn't know much about lighting... or even animation for that matter... so the end result was a little disappointing looking at it now, but I learned a lot being my first ever stop-mo short film. And about 7 years on the model still looks pretty special (to me at least). Done a quick superglue fix up as it'd fallen apart a bit and finally took some quality photos.

Made using old bits of computers, TV's, radios, cameras - any old crap I found in a big electrical skip outside the uni's tech block... although the base he stands on was a cottonbud pot :) 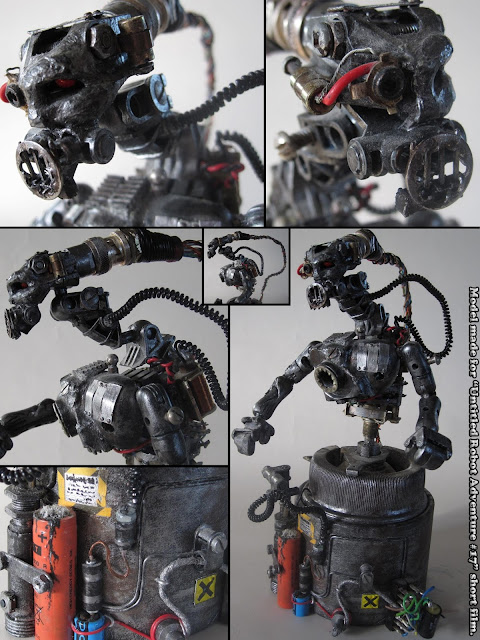 Next up, my graduation film "Endless Toys" (2007). Again, a large miss-fire on the lighting of the Santa scenes. It was meant to be dark and ominous, but it just ended up dark. Had to do quite an extensive clean up for these photos as he'd started to crumble in a box in the cupboard (urgent nose job required) and a bit of paint work needed. Made mostly with plasticine and milliput. 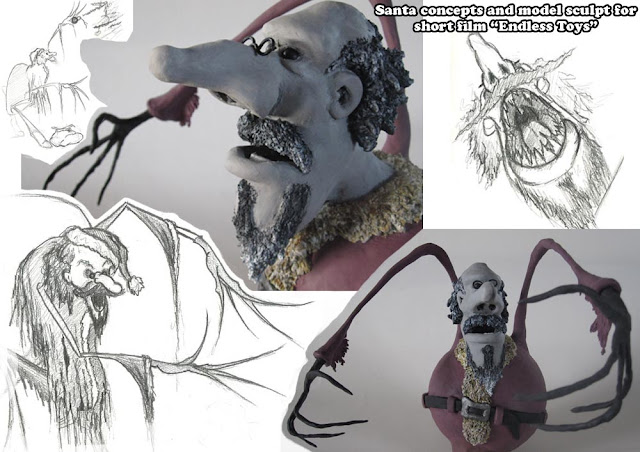 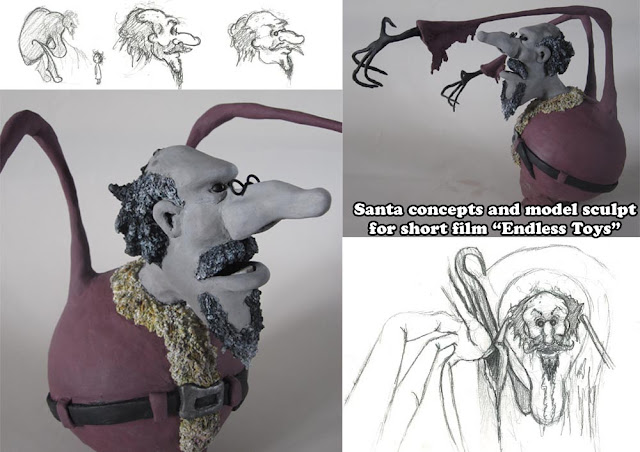 And finally a maquette I knocked together while pitching for funding for an idea me and Mal had a few years ago. Just wanted to try actively sculpting to someone else's design for once and see how I could visualise a 2D drawn image in 3D. Still very much a work-in-progress... but fun to show off nethertheless. Went through several stages of looking like an evil pig - but I think I'm nearing the "slow-but-good-natured-bear" look. 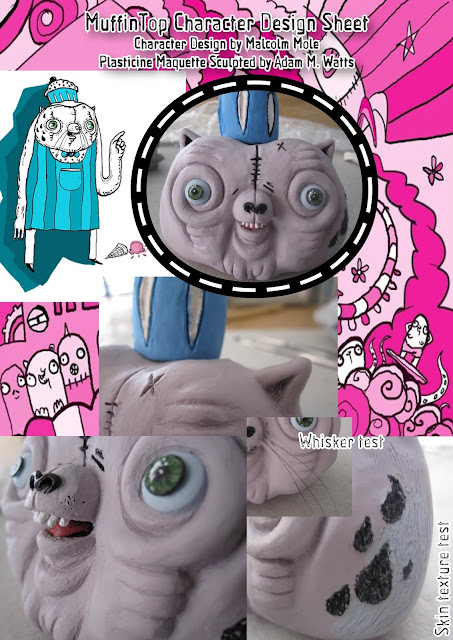 Let me know what you think!!!